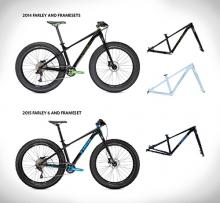 The bicycle fork may have been assembled incorrectly and the fork may separate from the steer tube.

If the fork separates from the steer tube this can pose a fall hazard to the rider.

Affected consumers will be contacted by direct mail. Bicycles should be returned to your local Trek retailer for inspection and free replacement of affected fork.

Consumers will also receive a coupon worth $120 to spend at Trek retailers on Trek or Bontrager products.