Consumer protection notice No. 1 of 2014 - Results of investigation (Fire wallets) 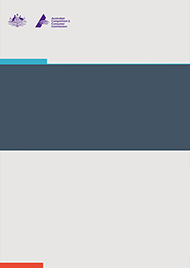 Consumer Protection Notice No. 1 of 2014

Fire wallets are a product used by magic enthusiasts and are also a novelty item. They have the appearance of a regular leather wallet but when opened they can produce a large flame. The products contain absorbent pads that the user pre-fills with lighter-fluid. All of the products have some kind of mechanism that is used to ignite the flame.

The ACCC commissioned an expert risk assessment to estimate the risk of injury to persons exposed to those fire wallets that contain asbestos. The expert risk assessment concluded that those fire wallets containing asbestos constitute a “negligible asbestos related health risk” to people handling the wallet during normal use of the product.  The assessment further concluded that the use of the asbestos containing fire wallet would not give rise to detectable levels of airborne asbestos fibres in the breathing zone of the handler/user of the wallet.

As to the risk raised by damage to the wallet, the expert risk assessment determined that some fraying may occur over time on the cut edges of the woven pad, particularly on the exposed edge section on the pad where the metal case has been cut out to fit the flint wheel when the wallet is closed. However, such fraying is highly unlikely to result in the generation of respirable airborne fibres above detectable levels when the wallet is handled or used. Most of the asbestos debris generated by such fraying or any deliberate manual scraping of the woven pad would consist of coarse fibrous clumps and fibres which would not be of respirable size so even if they were to become airborne, the airborne asbestos concentration would still be below detection limits.

The importation of goods containing asbestos into Australia is prohibited under the Customs (Prohibited Imports) Regulations 1956.